Skip to content
home Blog Celebrating 25 Years of the MN Book Awards – From Main Street to Your Street
Now that fall is just around the corner, what a better time to settle down with a good book – and a good book written by a Minnesota author.  The Minnesota Book Awards was created in 1988 by The Friends of the St. Paul Public Library and other libraries as part of the Festival of the Book.  The Friends of the St. Paul Public Library now retain full responsibility for the Book Awards.  The awards are given each year to books in eight categories by Minnesota writers or illustrators.  Nominations for the 2013 MN Book Awards began August 1.
Recently each of ECRL’s 14 branches put up displays about the MN Book Awards with books by Minnesota authors.  You may also stop and pick up a Minnesota Writer’s Map.  In partnership with the Minnesota Historical Society, the Minnesota Book Awards put together a map called Minnesota Writers on the Map.  It includes many Minnesota authors who have made a significant impact on the state.  You’ll find such notables as Sinclair Lewis, Robert Bly, Sigurd Olson, Frederick Manfred and Maud Hart Lovelace.  The placement of the authors on one side of the map represents their birthplace, the place with which the writer was associated, or the location where he or she spent a majority of his writing life in the state.   The backside of the map list authors by region and includes their name, birthdate and birthplace, date they died (if applicable), plus a list of some of their more notable works.  The map was a collaborative effort from the Minnesota’s Arts and Cultural Heritage fund, the Council of Regional Public Library System Administrators, the Minnesota Historical Society and the St. Paul Friends of the Library.  Stop by and take peruse the display, books and pick up a Minnesota Authors map and/or MN Book Awards bookmark at any of ECRL branches.
Vickie Sorn, ECRL Youth & Community Services Librarian 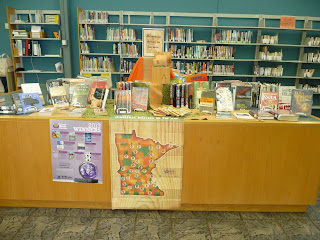 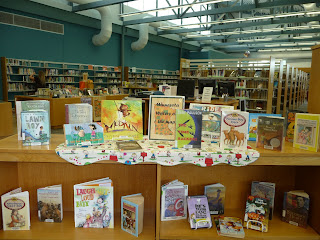 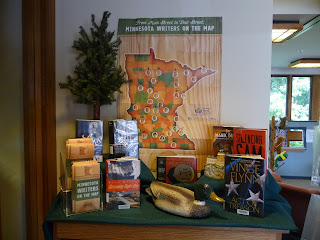 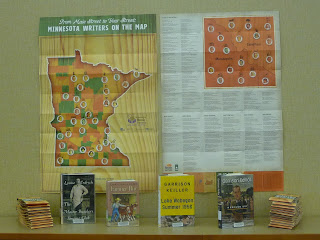 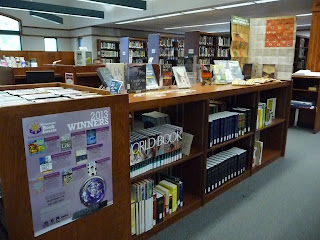 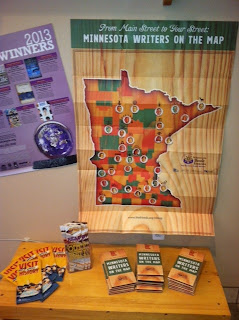 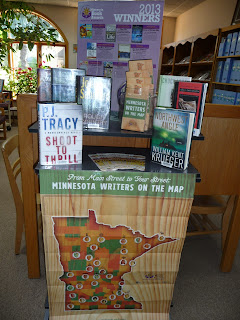 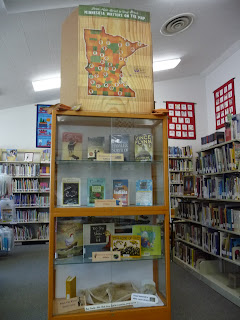 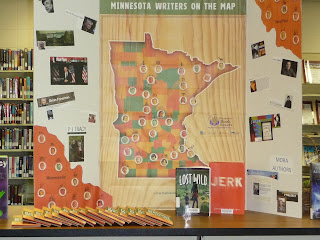 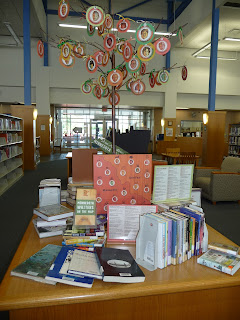 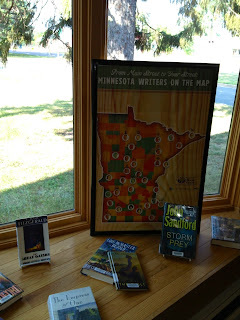 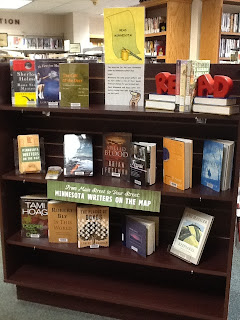 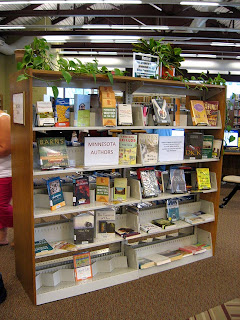 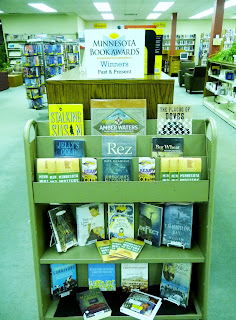