June marks the official beginning of summer, which means long hours spent soaking up sun beside the pool, cutting the grass on warm evenings, and going on road trips to wondrous destinations. Why not spend these nostalgic summer activities enjoying a great read from the Digital Library?

Big Library Read is back from June 9-23, 2015 with a suspense novel by Kate White,  Eyes on You. Big Library Read connects readers around the world who read the same eBook and eAudiobook at the same time. During the last Big Library Read in March, 54 East Central Regional Library users checked out the eBook How Shakespeare Saved My Life in a two-week span!

From June 9-23, 2015, Eyes on You is available for checkout through ECRL’s Digital Library. It’s available in eBook and eAudiobook (don’t forget that June is Audiobook Month which celebrates a love of listening!), free, and there’s never a waiting list during the program. All you need is your library card and password.

Eyes on You by Kate White
A breathless psychological thriller that will leave you guessing until the very end
After a painful divorce and losing her on-air job two years ago, Robin Trainer has fought hard to regain her career. Now, as the popular cohost of a nightly entertainment show and the author of a hot new bestseller, she’s being dubbed a media double threat. In a business full of rivals eager to see you fail, making a comeback was tough, and Robin isn’t about to do anything that could jeopardize her newfound success.
But suddenly things begin going wrong. A few small but nasty incidents shake her confidence: a vicious note tucked into her purse at her book signing; the photo on her book jacket slashed in her office… Soon the meanness turns threatening. Someone has eyes on Robin, an adversary with a dark agenda who wants to hurt her and see her fall, and the clues point to someone she works with every day.
As she frantically tries to put the pieces together and unmask an enemy hiding in the shadows all too close to her, it becomes terrifyingly clear that the person responsible isn’t going to stop until Robin loses everything that matters to her . . . including her life.
Read the eBook
Listen to the Audiobook 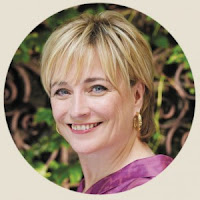 Kate White, the former editor in chief of Cosmopolitan magazine, is the New York Times bestselling author of the stand-alone novels Hush, The Sixes, and Eyes on You, as well as the Bailey Weggins mystery series. She is editor of The Mystery Writers of America Cookbook. She is also the author of popular career books for women, including I Shouldn’t Be Telling You This: How to Ask for the Money, Snag the Promotion, and Create the Career You Deserve. You can contact her or learn more about her at katewhite.com.

USA Today says, “Kate White keeps up the pace by adding a little more suspense and a little more danger from beginning to end.” What do you think?  Come back after you’ve read and share your thoughts or join the conversation on Twitter and Facebook with the hashtag #BigLibraryRead.
Sarah Hawkins, Resource Librarian